World of Warcraft: The Burning Crusade 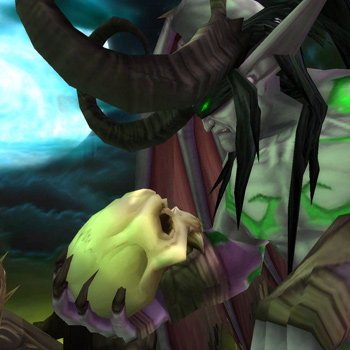 Several years have passed since the Burning Legion's defeat at Mount Hyjal and the races of Azeroth have continued to rebuild their once shattered lives. With renewed strength, the heroes of the Horde and Alliance have begun to explore new lands and broken through the Dark Portal to investigate the realms beyond the known world. Will these heroes find friends or foes? What dangers and rewards lie in wait beyond the Dark Portal? And what will they do when they discover that the demons they thought vanquished have returned to renew their terrible Burning Crusade? New Player Races: New allies will join the game, expanding the story line and allowing players to develop powerful new characters within the world. Higher Level Limit: The game's level cap is being raised to 70, and with these new levels will come meaningful spell, ability, and talent upgrades for each character class. New Lands and Battlegrounds: Explore the magical realms of the Blood Elves and Draenei, journey through the Dark Portal into untamed Outland, and visit dungeons and battlefields previously inaccessible to players. Flying Mounts: In Outland, players will gain access to unique airborne mounts that will allow for smoother travel over some of that region's more hazardous terrain.