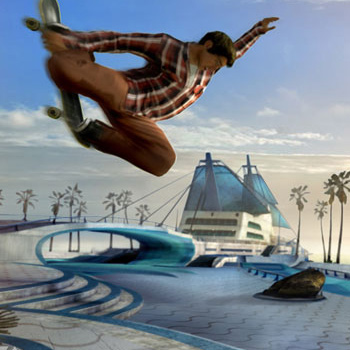 Skate 2 picks up five years after the original Skate, a period marred by an unspeakable disaster that left San Vanelona in ruins. Within that time, Mongocorp rebuilt the city but their zealous protection of private property has put a damper on the once thriving skate population. Equipped with double the bag of tricks, gamers are tasked to rebuild their career and revive the New San Vanelona skate scene. With their ability to get off-board to move objects around and with help from a crew of locals, players embark on a mission to take back the city, one spot at a time. Along the way, they need to get coverage, earn sponsorships, own challenges and enter contests, including a coveted invite to etnies GvR competition.