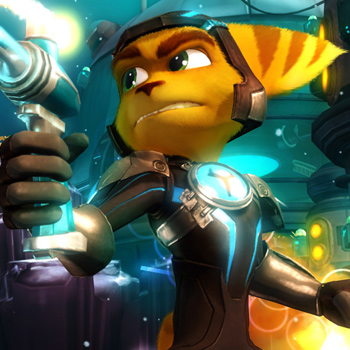 Concluding the events set into motion by Ratchet & Clank Future: Tools of Destruction, Ratchet & Clank Future: A Crack in Time at long last answers some of the franchise fans' largest questions. After discovering that Clank's disappearance was engineered by Dr. Nefarious, Ratchet races to rescue his best friend. Unfortunately, he discovers that Clank's capture is just the beginning of Nefarious's latest diabolical plot. In this follow-up to the best-selling series, Ratchet & Clank Future: A Crack in Time puts players into the role of both Ratchet and Clank as they attempt to reunite and save the universe. Along the way, both finally uncover the hidden truth behind their origins, and discover their ultimate destinies.