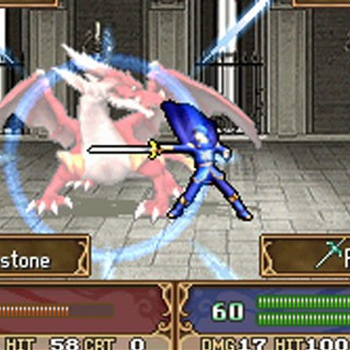 Fire Emblem returns to its roots with a total overhaul of an NES classic never before released in America. New features include touch-screen controls, multiple save options and easy-to-follow tutorial chapters that shed new light on Marth's story. New players can jump into the action, even if they've never played a Fire Emblem game before. Medeus, the king of the dragonkin, has been revived and is forming an alliance with a fearsome sorcerer named Gharnef. Together, they threaten to the throw the entire continent of Archanea back to an age of chaos and war. Now, it's up to young Prince Marth and his small band of loyal followers to rise up and rally all those left in the land to make one last desperate push to free Archanea from the tyranny of the Shadow Dragon.