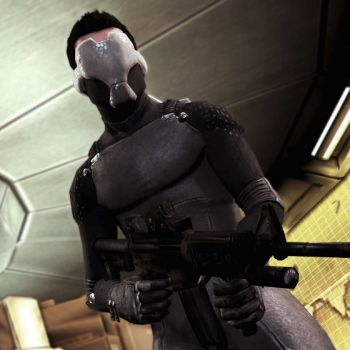 From blockbuster developers Epic Games and Chair Entertainment comes the next evolution in Xbox LIVE Arcade games. Powered by the industry-leading Unreal Engine 3, Shadow Complex is the height of old-school side-scrolling design combined with modern, cutting-edge gameplay. In Shadow Complex, gameplay is centered on exploration and fast-paced combat as you gather game-altering power-ups and an arsenal of futuristic weapons to overcome obstacles, thwart legions of enemies, and delve into a mysterious open game world. The original single-player adventure is set in a compelling universe based upon the best-selling novel, Empire, by Orson Scott Card.