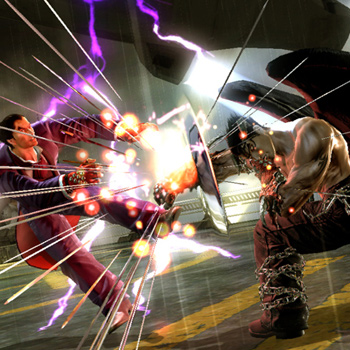 Spanning over a 14 year legacy, Tekken is among the most popular and well-known gaming brands in the world with the entire franchise selling more than 32 million units to date.

Displayed in HD detail, a new era begins in the sixth King of the Iron Fist Tournament complete with intense gameplay modes as well as new features and environments. TEKKEN 6 sees the return of many familiar faces as well as new characters to create the largest line-up the series has ever seen. With a growing roster of fighters, each equipped with their own deadly techniques, moves and attack combinations, TEKKEN 6 will be the best King of Iron Fist Tournament yet.

Adding to the already rich gaming experience, a deeper character customization feature will only further enhance the incredible fighting intensity as players go mano-y-mano. Players can also take the battle online for classic match-ups and to compete for world domination.