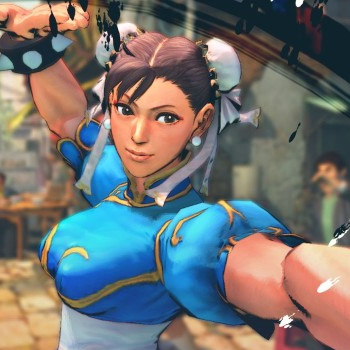 Street Fighter IV features a mix of returning favourites such as Ryu, Ken, Chun-Li and Guile along with new characters created exclusively for this game such as Crimson Viper, Abel, El Fuerte, and Rufus.

Characters and environments are rendered in high definition 3D, while the game is played in the classic Street Fighter 2D perspective with additional 3D camera flourishes. Six-button controls for the game return, with a host of new special moves and features integrated into the input system.