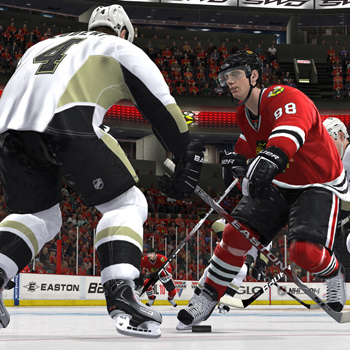 The NHL franchise that has won 19 sports game of the year awards over the past two years begins a new era with gameplay innovations that promise to deliver a new standard of toughness, the emotion of playoff hockey on the ice and in the arena, and over 200 gameplay refinements that replicate the skill and finesse that every fan sees throughout the NHL playoffs. A new first-person fighting engine enables players to trade punches with an NHL tough guy. Feel what its like to be on the ice in the skates of an NHL player to throw and dodge punches. Grab and tug an opponent's jersey to land a punch that ignites the fans and sparks your team to victory. Challenge a skill player and an opposing team tough guy will step in to settle the score.