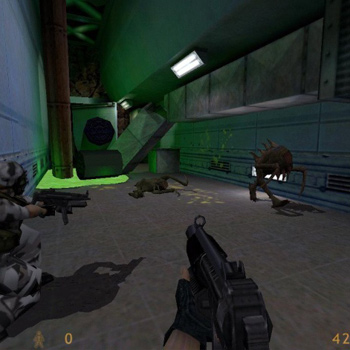 Computer Action Game of the Year

Computer Action Games are titles on a PC or Mac that follow the gameplay from the perspective of the character that the player is controlling.  These games feature heavy weapons use and/or involve characters engaged in combat while moving through a linear or open environment.  The opponent can either be controlled by another player or by the game.