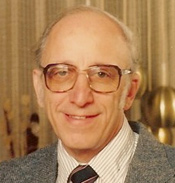 In 1940, Baer graduated from the National Radio Institute as a radio technician. A few years later, Baer served in the US Army during World War II and he enjoyed telling the story of how he made radios out of components from captured German mine detectors. After his discharge, 24-year-old Baer began his studies at the Television Engineering at the American Television Institute in Chicago studying under the likes of Lee DeForest, the very man that created the vacuum tube around 1904 and who was himself a radio pioneer. It was in 1955 while working for Loral Electronics Corporation that Baer began playing around with the notion of television gaming as another integral use for the emerging consumer technology. However, the idea was still a bit premature since TVs hadnt hit mass market yet. It wasnt until 1966 with the rise of mass marketed and color television as well as low-cost electronic components that Baer could really revitalize and get working on his TV gaming idea.

Baers vision and persistence for TV gaming paid off, and in 1968 Baer and fellow engineer Bob Tremblay got funded after the completion of The Brown Box and several games that they created for the TV which was built with the assistance of technician Bill Harrison. Sometime soon thereafter, a Magnavox marketing executive was finally able to convince his board that TV gaming was the next big thing and the production of the Odyssey model 1TL200 was able to finally move forward.

The Odyssey was released to the public in September 1972 and saw a decent success for Magnavox, selling in excess of 325,000 units as a new way for families to play together. And so the modern video game console industry began!