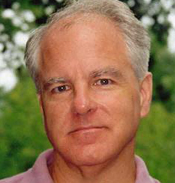 Dave Lebling is best known as a co-author of Zork (in which he created the "grue") and a founder of Infocom. While at Infocom he co-authored Zork I, Zork II, Zork III and Enchanter with Marc Blank, and wrote Spellbreaker, Starcross, Suspect, The Lurking Horror, and James Clavell's Shogun. He graduated from MIT and worked for over ten years at the MIT Laboratory for Computer Science there, where he co-authored Maze (the first FPS played on the ARPANET) and Trivia. Since the demise of Infocom he has worked on graphic story editing and newsroom computer systems for Avid, home-based multi-media web services at Ucentric, a voice- and touch-driven medical advice system at Gensym. He is currently a Principal Investigator and Senior Principal Engineer at BAE Systems, where he is building cross-domain, web-based tactical planning tools for the US Air Force.