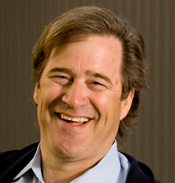 Bing was Chief Creative Officer of Electronic Arts from 1998 to 2008, after heading EA marketing and product development off and on since EA's founding in 1982. He helped write the founding business plan that attracted KPCB as an initial investor. Bing drove EA's branding strategy with EA Sports, EA's pricing strategy for package goods and online games, and contributed design and marketing on many EA franchises including John Madden Football, The Sims, Sim City, Need for Speed, Tiger Woods Golf, Club Pogo and Command and Conquer.

Since joining Kleiner Perkins in 2008, he has focused on the videogamification of everything, and has led investments in Zynga, where he serves as Operating Director, and ng:moco. Bing has also been a director at Amazon since 2003, and held the game industrys first endowed chair in game design, at USC School of Cinematic Arts. He is a trustee of the Urban School of San Francisco.

Gordon earned an M.B.A. degree from Stanford University, and a B.A. degree from Yale University. Bings favorite games of all time are World of Warcraft, the Sims, Diablo, Pogo, Civilization, Columns, Freecell, Farmville and Mafia Wars.