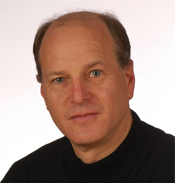 Lowenstein, currently President and CEO of the Private Equity Council, was tapped by leading video game publishers to launch the ESA (originally the Interactive Digital Software Association) in 1994.  Over his 13 years as President, ESA grew into the most influential and important worldwide trade body representing the $30 billion computer and video game software industry.

Lowenstein became the first President of the Interactive Digital Software Association (now the Entertainment Software Association) in June, 1994 and helped the industry develop the capability to respond to congressional efforts to create a federal video game rating system.  Later that year, the industry created the Entertainment Software Rating Board (ESRB) which eventually became the standard against which other entertainment rating systems were measured.

The ESA faced its greatest challenge in the wake of the Columbine school massacre.  With politicians and media blaming video games for the tragedy, as well as for subsequent school shootings in other states, the industry faced a wave of proposals at the federal and state level to regulate game sales and content.  At one point, ESA was fighting against bills in more than two dozen states, as well as in the Nations Capital.  While ESA won many of these battles, bills passed in nine states, leading ESA to mount a series of legal challenges striking down every one of the anti video game measures and creating a body of case law and judicial precedents forever establishing that video games are a constitutionally protected form of expression.

In 1996, Lowenstein played an instrumental role in encouraging the ESA Board to create the Academy of Interactive Arts and Sciences to give the video game industry a peer driven organization to recognize and foster creative and artistic achievement in the game design world.  He was a Founding Board member of the AIAS and remained committed to establishing its importance and credibility within the game industry.

Doug is a graduate of Washington University in St. Louis (1973) and spent one year as a newspaper reporter, in Buffalo, NY and eight years as a Washington correspondent.  From 1982-86 he served as a senior legislative aide to Sen. Howard Metzenbaum (D-OH).   Lowenstein authored a biography of his late uncle, Allard K. Lowenstein, a member of Congress and anti-war, civil rights and human rights activist, who was killed in 1980, entitled Lowenstein: Acts of Courage and Belief Published by Harcourt Brace Jovanovich in 1982.