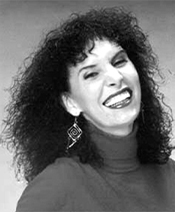 In life, as in gaming, it is one of mankind's greatest misfortunes and bitterest ironies that we so often fail to recognize a visionary's genius within their brief, tumultuous lifespan.  Not that those who knew Dan Bunten (nee Danielle Bunten Berry) could be accused of being inobservant.  After all, this gangly, 6'2" workaholic, born February 1949 in Little Rock, AR, seemed as unlikely an inventor of computerized social gaming as 29-year-old Trip Hawkins did eventual godfather of a multibillion-dollar entertainment industry.

A 1974 bachelor's degree in industrial engineering indirectly led to a start in interactive entertainment just four years later, when stock market simulation Wheeler Dealers shipped.  Programmed in Bunten's spare time on the Apple II, the game was sold in a cardboard box for $35 when $10-15, Ziploc-bagged digital diversions were standard.  (A $75 price point today if you allow for inflation) Wheeler Dealers was built for four participants in an era of mostly one- and two-player games, included special peripherals and marked the start of what would quickly become an obsession for its then strictly-hobbyist programmer/designer: Multiplayer gaming.

Continuing Dan's firece focus on social gaming, Computer Quarterback, released in 1979 for the Apple, was actually intended strictly for two players - a solo mode was added only at last minute publisher insistence.

Lured by Hawkins' vision of a game publisher that ran like a record label - with game designers as well-financed, highly-publicized rock stars - Bunten signed with EA in 1982.  The mission: Produce a bona fide classic.

1983's M.U.L.E., loosely inspired by Robert Heinlein's novel Time Enough for Love and released on Atari 800 to exploit its four controller ports, did in fact attain classic status.  A game of sci-fi resource management and auctioneering, the title was custom-tailored for four players, whose interaction (through hastily-made allianced and rampant treachers) elevated it to timeless acclaim.  Playing M.U.L.E. was never a passive affair: yelling, laughing, cursing, groaning, and feral cries of triumph punctuated every round.

Despite selling only 30,000 copies, M.U.L.E. remains a must-play, even today.  Bunten's friend and colleague Brian Moriarty calls it "required study for anyone interested in the design of multiplayer computer games."  Hawkins described it as "one of [his] favorites."

The initial title to come from Bunten's new, trailblazing company Ozark Softscape, M.U.L.E. was quickly succeeded by 1984's Seven Cities of Gold, an addictive fusion of historically-themed exploration, combat and strategy.  Like most Bunten designs, its genius lay in its simplicity.  With only five resources to manage, the game kept players up all night on the edge of their seats as they tried to push their ships and explorers to the very edge of disaster in their quest for gold.  The game was also a technological pioneer, representing the first use of streaming map data that allowed the exploration of an entire continent on a single load.

Bunten wanted to follow it with a conversion of an Avalon Hill board game, which Sid Meier eventually tackled: Civilization.  Instead, pressure from EA resulted in much less well-received 1985 pseudo-sequel Heart of Africa.  It would be the last solo-only game Ozark Softscape would create.

Over the next several years Bunten would create a series of highly innovative games, each of which prove to be ahead of its time in its desire to advance social, multiplayer gaming.  Although they were commercial failures, each was a daring departure from the "safe" territory of game development.

Robot Rascals, a four-player card/computer game hybrid, was an attempt to create a multiplayer social game around a board located next to a computer, instead of through special interactive peripherals.  It sold just 9,000 copies, despite effectively predicting the category's eventual success through the release of titles like today's Scene It? outings.

1988's Modem Wars was the first title to let two players go head-to-head via dialup connection.  Unfortunately, modems were still novelties and the game failed to achieve commercial acclaim.  Today, however, we can look back and see Modem Wars as the first example of a soon-to-be-pervasive style of gaming.

After Modem Wars, Bunten changed publishers from EA to Microprose, where famed designer Sid Meier reportedly offered the choice of working on a desktop port of Civilization or on Axis and Allies.

Bunten chose the latter, which eventually morphed into the well-received, modem-ready wargame Command HQ.  His second and final Microprose title would be online-enabled strategic outing Global Conquest.  The latter wasn't just the first four-player networked game from a major publisher.  Moriarty also called it the "design prototype for an entire generation of combat simulations, including WarCraft and Command & Conquer."  Note that the concept of the Internet was still in its infancy at the time.

In November 1992, following three failed marriages, Bunten decided to push the boundaries even further, undergoing gender reassignment surgery and electing to live as a woman.

Now known as Dani Bunten Berry, she began to keep a lower business profile.  In a shocking turn of prescience, a port of M.U.L.E. for Sega Genesis was cancelled when Bunten refused to let guns and bombs be added, feeling it wasn't in the title's spirit.  Come 1997, she'd further begun to work on multiplayer online gaming, tackling Warsport, a Modem Wars remake for the MPlayer game network.

Sadly, Bunten, a chain smoker since youth, succumbed to lung cancer in 1998, leaving a personal void in the lives of colleagues and a creative void that the entire industry has struggled to fill.

Nonetheless, through professional admiration or direct influence, we all, in some small way, knew the genius and self-described "work in progress" that was the great, beloved Bunten Berry.  And so we ask that you take a moment to reflect on this singular individual and member of the Academy of Interactive Arts & Sciences Hall of Fame.  We leave you with these words, published in 1996 on Bunten's website.

"Play is not some meaningless activity.  The instinct led to the success of mammals, primates, and homo-spaiens, who, in that order, exhibit the need to play more widely and longer into adulthood.  That makes designing games not a self-indulgent, fatuous career, but a method of offering our species opportunities to evolve and learn.  As a profession it could stand up there with psychologists and philosophers."

"Even if this theory doesn't translate into immediate techniques to improve games, just knowing how essential [it] is to the process of human evolution can those of us engaged in this career feel better about ourselves.  Feeling important is the first step to doing important work.  Wanta play?"