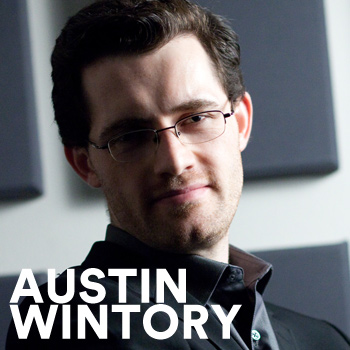 Grammy-nominated and two-time BAFTA-winning composer Austin Wintory's diverse career has straddled the worlds of concert music, film, and video games. In 2012, Wintory's soundtrack for the hit PlayStation3 game Journey became the first-ever Grammy-nominated videogame score, also winning two British Academy Awards, a D.I.C.E. Award, a Spike TV VGA, and IGN’s “Overall Music of the Year,” along with five Game Audio Network Guild awards, and a host of others. Austin’s score for flOw made him the youngest composer ever to receive a British Academy Award nomination. An orchestral version of this music has been performed at the Smithsonian Museum as a part of their “Art of Games” exhibit; flOw is currently on display at MoMA in New York City.

In his upcoming 2014 D.I.C.E. Summit session titled “Music’s Rising Tides,” Wintory offers his effusively positive outlook on the future of music in general, particularly in games. He contends, through a look at both history and the rapidly-changing present, that music's best days lay ahead, and that it is not a hindrance to progress that anyone can whip up a half-decent tune in about 5 minutes ... which he will do while on stage. 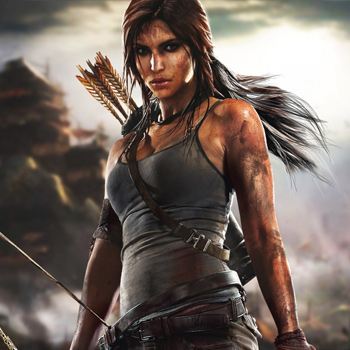 Well my schedule has been such that I’m sort of trailing behind the major releases. I just recently finally played the new Tomb Raider, which I enjoyed. Lots of solid moments that I was surprised by. Next up will assuredly by Telltale’s second Walking Dead season! Won’t be able to wait on that one.

Broken Age, without a doubt. Grim Fandango is my all-time favorite game … 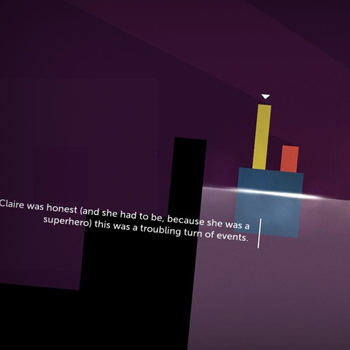 Recently that was Thomas Was Alone. I absolutely adore that game, and its score by David Housden. I played it, instantly loved it, and then (perhaps more importantly) found myself thinking constantly about it in the days and weeks after. It’s smart, occasionally quite funny, and bizarrely endearing.

Well I tend to read primarily non-fiction, so in that sense the material I’ve lately obsessed over are the many published writings of Leonard Bernstein. There is a massive treasure trove of books he both wrote, or were assembled based on various talks, lectures, etc of his. I consume anything related to Lenny pretty ravenously. And there’s no question that it deeply impacts my writing, though I’d be hard to impressed to tangibly demonstrate how. 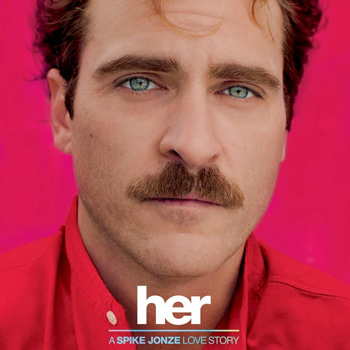 Anything which taps into big eternal questions hits me hard. I recently saw Spike Jonze’s film Her and would immediately name it among my all-time favorite films. It hit me like an earthquake. Previous films that did for me were Ratatouille and Cast Away. Earnest studies in what really matters in life, especially Ratatouille which I feel is autobiographical for anyone who’s ever really deeply loved ANYTHING. But I’m also usually only a sentence or two away from referencing Buffy or Angel or Firefly, so there’s that too…

That typically comes in moments of silence actually. I tend to get all my “next big thing” ideas when sitting alone in my car at night (often driving home from the studio around 2am), when traffic is quiet and the streets are almost empty. I usually don’t listen to music in those moments and then inevitably will start leaving myself voicemails brainstorming about some random thing or another. I’m sure I look like a crazy person to anyone passing me in traffic.

I actually mainly game in my studio, using a PC. Pretty simple. It’s a PC I custom-built for gaming, and I use headphones, though I suppose I should wire it into my composing speakers, which is much higher-end. At home I mainly use my PS3, which speaking of, I suppose is time to upgrade!

I’m actually not much of a gadget guy so I have a totally useless answer to this one!