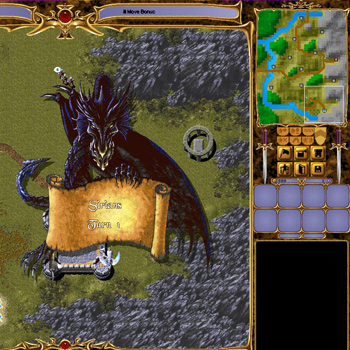 Hordes of undead have overrun the Selentine Empire, leaving utter devastation and chaos in their wake. Now, powerful Warlords arise to contend for power and build a new empire. Zombies, skeletons, and other unspeakable beings battle against heroes, warriors, and mercenaries representing humankinds last hope.

In Warlords III: Reign of Heroes, the player is in command of mighty armies, led by Heroes who have been endowed with unique military qualities. Through a use of superior military force, and the discovery of abilities that will enhance the attack and defense values of Heroes and those armies traveling with them, the player must crush all opponents on the map until none but his own are left standing.