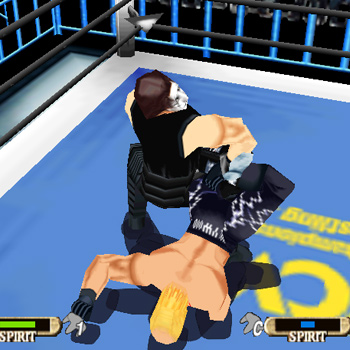 More than 40 wrestlers from the WCW/NWO series are up to take the world wrestling title in a range of different play modes including Exhibition, League Challenge, Tournament and WCW vs NWO. You can play four player battle royal, two-on-two tag teams, or the simple one-on-one wrestling match. Each wrestler also has a collection of different moves, and players can be thrown out of the ring, and objects can be picked up out of the crowd for deadly use.