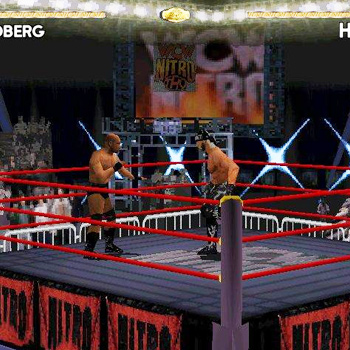 WCW Nitro is a video game based on the professional wrestling TV show WCW Monday Nitro. Released by THQ for the PlayStation game console in March 1997, the game featured a large roster of playable WCW wrestlers as well as full motion video clips of the TV show. The game was followed by WCW/nWo Thunder, which was based on Nitro's Thursday night counterpart. Ports for the PC and Nintendo 64 were released in 1999 with the updated roster featured in Thunder. The PC version also features network play via TCP/IP.