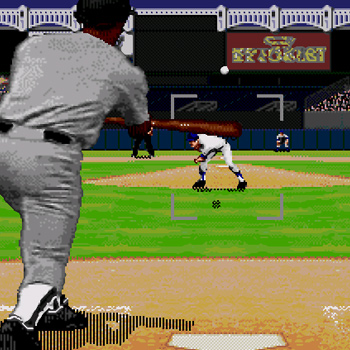 Another of the long line of baseball games released that featured the full MLB license including 20 teams and 700 major players with updated rosters and schedules from the 1997 season. The standard modes also apply such as Exhibition, Season, Playoffs, etc.

It also features an updated graphic engines from its previous version, giving it a more realistic feel including animations of the major batters and pitches wind-ups and batting stances. There are also several camera angles to choose from including play-by-play commentary as well.