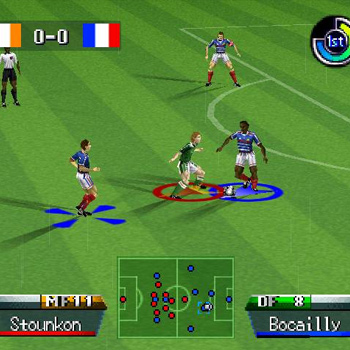 ISS64 offers all of the style and grace you expect in a game of Soccer, the World Game.

You can also play a penalty shoot-out competition with up to 4 players, or attempt to complete certain scenario games (where each game is setup with a specific goal, for example scoring a goal within a givin time limit, or stoping the opposing team from scoring, etc.)