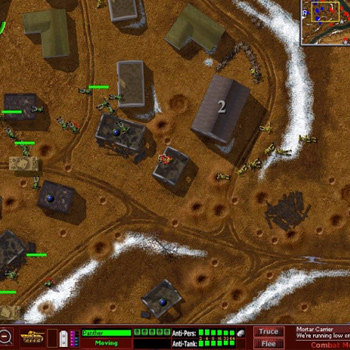 Set on the Eastern Front -the greatest struggle in history - the game spans the 1941 invasion of the Soviet Union through the gates of Moscow, the factory complex of Stalingrad, to the 1945 fall of Berlin. The game features real-time, historically accurate warfare at a squad level along with psychological elements for maximum authenticity. Playing either the German or Soviet side, gamers are challenged to out- think and out-fight their opponent while keeping their troops alive. They start as low-ranking commanders and manage unit upgrade and maintenance as they attempt to advance in rank and acquire more troops and equipment.