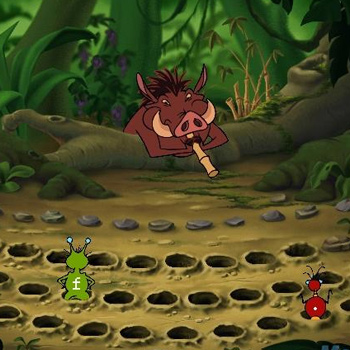 Rafiki, Timon and Pumbaa from Disney's Lion King are the tutors in this typing game created for children ages 6 and up. The comedic meerkat and warthog team are "going off on an adventure to broaden their horizons", and wise old Rafiki advises them to bring along his keyboard. When they demur, Rafiki enjoins the player to assist them in their travels, and the typing tutorial begins.

The game employs standard practice routines, beginning with proper posture and placement of the fingers on the keys, followed by letter repetitions as each section of the keyboard is mastered. At first the exercises focus on accuracy, later working up to increasing the player's typing speed.