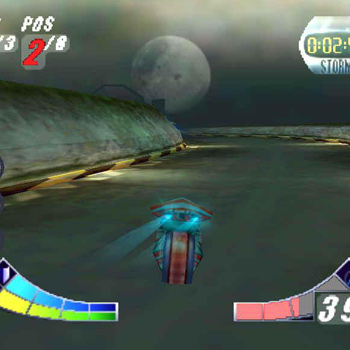 In this second installment of Extreme-G, you once again will race with and against the incredible capabilities of G-bikes (they closely resemble of the ones in Tron) through several surreal, twisting tracks. Be hell on wheels blasting your challengers with an arsenal of vicious weapons and even break the sound barrier!

The game is expanded on its predecessor by many ways; however, while being converted from the original N64 version for the PC, it loses some of its features like the multiplayer support (and its enhanced multiplayer options).