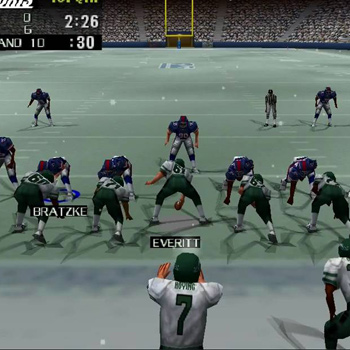 Plenty of new additions have been made to this, the second Acclaim NFL title on the N64.

Updates to every team, from player stats to team records, are included, along with 6 European NFL clubs, while team plays and AI strategy features the mind of New York Jets offensive coordinator Charlie Weis, and all 32 Super Bowls can be re-written to your style.