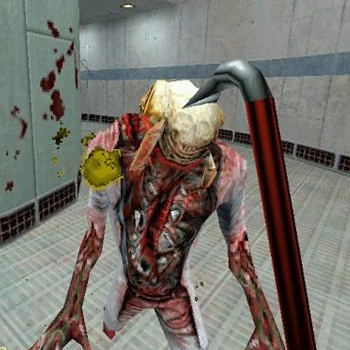 Many action games begin with a catastrophic event, but none matches the intensity of the opening level of Half-Life, a first-person shooter published by Sierra Studios. Utilizing a heavily modified Quake 2 engine, the game follows a day in the life of Gordon Freeman, a mild-mannered scientist who inadvertently opens a portal to an alien dimension.

As Gordon, you'll battle a variety of hostile alien creatures and some not-so-friendly government soldiers while you attempt to escape from the heavily ravaged underground testing facility. Featuring both an engaging, atmospheric single-player experience and frenetic multiplayer action (supporting both local network and Internet play), Half-Life is currently one of the best games of its type.