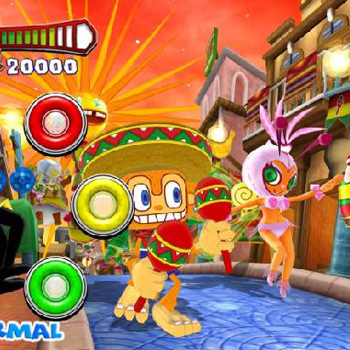 Samba de Amigo is a rhythm game originally developed by Sonic Team and released in 1999 by Sega in arcades, 2000 for the Dreamcast video game console, and developed by Gearbox Software in 2008 for the Wii. The player uses controllers shaped like maracas with the goal of matching a series of patterns displayed on-screen. It can be played by one or two players simultaneously.

The music in Samba de Amigo is made of primarily popular Latin music songs rather than common or traditional samba. The game also features non-Latin pop songs.