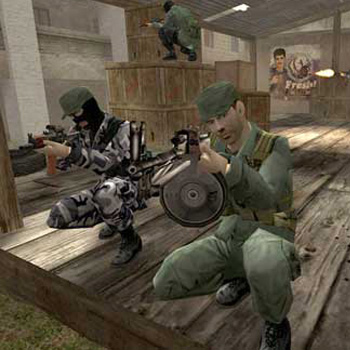 America's Army is a Modern Tactical Shooter game, developed and published by U.S. Army, which was released in 2002.

Become a member of the world's premier land force; trained and equipped to achieve decisive victory - anywhere. Earn the right to call yourself a Soldier, letting the enemies of freedom know that America's Army has arrived.