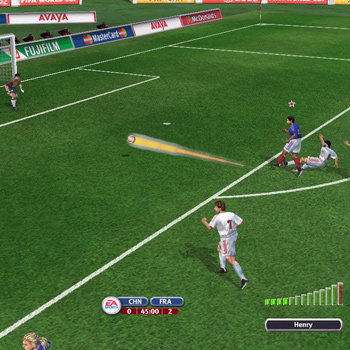 With the new open passing system, FIFA 2002 allows you more freedom of play for the new season. Over 75 licensed national teams and 16 licensed leagues including the English Premier League are available for your control, and you have the opportunity to lead your team to the World Cup of 2002. Updates to the series also include:

Improved tackling system. Depending on which angle you make a tackle determines the referee's call.

New set plays (similar to the style of the NBA Live series) allows for more control over you players during critical corners or free kicks.

Consecutive seasons brings promotion or relegation of your team in Europe.