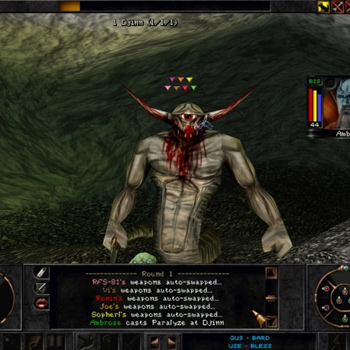 An epic fantasy RPG that picks up where "Wizardry 7" left off. The Dark Savant had taken flight with a device called the Astral Dominae, an incredibly powerful artifact containing the secret of life itself. Following him are two powerful races, the T'Rang and the Umpani, as well as your own brave party of adventurers. Everyone is headed to Dominus, a world on the cusp of the Cosmic Circle, birthplace of the Astral Dominae and home of the Cosmic Lords. Many paths will converge on Dominus, and many long-hidden secrets will be revealed.