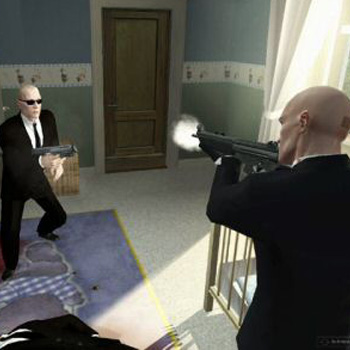 Hitman 2 is the sequel to Hitman: Codename 47 - released October 2002. Once again, you enter the realm of an accomplished assassin - retired but forced back into action by treason. Trying to distance himself from his violent past he finds himself in a situation where he's forced to take up his old trade. Learning about his legendary skills, a Russian crime boss trading illegal arms wants his services, but also has a different agendaYou soon realize that you're caught in the middle of a ring of deception and discover that you have become a target yourself - of a highly trained ex Spetsnaz assassin.

Use stealth, tactics and survival instincts to complete your missions. Plan your hits carefully and think to survive. Explore a universe, minutely recreated in fantasy, but based on facts - not fiction. Visit the dark recesses of a world corrupted by crime, greed, degradation and dishonor.