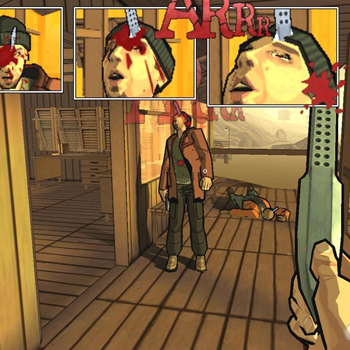 The leader of the free world has been assassinated and you are the prime suspect.

You wake up on a desolate strip of a New England beach. The near-fatal impact of a bullet has left your head pounding and your memory erased. What's more, the number "XIII" has been mysteriously tattooed on your chest, while your pocket holds a key to a New York City bank box. Head swimming in amnesia, you struggle to your feet only to encounter more assailants intent on finishing the job. To your shock, you handle the hitmen with the killing skills of a professional - before heading to the bank in search of any shred of information about your lost identity and your involvement in the president's murder.

What lies ahead is a deadly quest not only into your shadowy past, but also into America's darkest corridors of power.

* The ultimate conspiracy: Unravel a whirling conspiracy where your identity, the president's assassination, and the future of America are shrouded in mystery.

* So much style it's criminal: Graphic-novel presentation, flashback graphics, and pop-up windows create a groundbreaking entry into the genre. XIII marshals the power of Unreal II technology and unique comic-book visual styles.

* A new kind of multiplayer: Square off against other players in innovative multiplayer modes such as the cooperative Cover Me, along with classic modes such as Capture the Flag and Deathmatch.