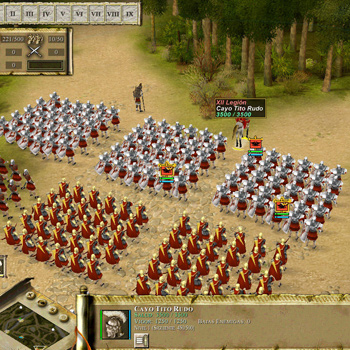 Set during the reign of Julius Caesar, Praetorians places you in the role of a Roman general on a quest to forge an empire. Command the forces of three civilizations--the disciplined Romans, the ferocious Gauls, and the religiously fanatical Egyptians--each with a unique set of troops and war machines. During your journey, you'll travel to Egypt, the frozen lands of the Gauls, and finally to Italy, the heart of the empire. Your quest will be no easy task as thousands of powerful troops defend the lands you seek to conquer.