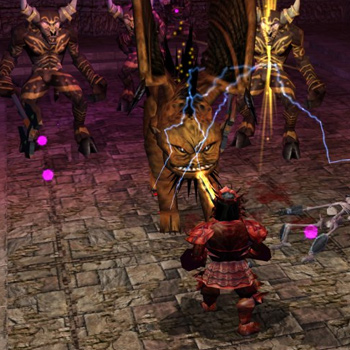 Delve further into the Forgotten Realms with Neverwinter Nights: Shadows of Undrentide! Begin your adventure in the small mountain town of Hilltop as a student under the tutelage of a mage named Drogan, and then traverse the deadly Anauroch Desert to reach the ancient ruins of Netheril. Uncover a fiendish plot as you battle a multitude of new enemies through over 20 hours of original new gameplay. Play as any of the classes in the original Neverwinter Nights, or try out one of the five new Prestige Classes, which you can now customize even further with over 50 new spells and more than 30 new feats!