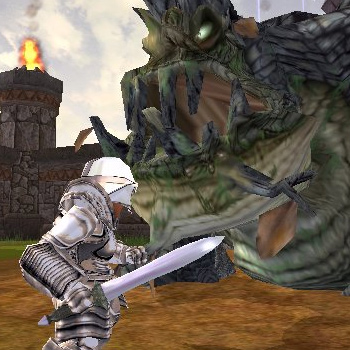 Developed by Virtrium, the MMORPG Istaria: Chronicles of the Gifted immerses players in an online fantasy world of magic and mystery. Istaria is a land populated by monsters, magic, heroes, and colossal cities. Istaria is the only fantasy MMORPG to offer gamers the opportunity to play as a dragon, earning skills and abilities as they grow from a hatchling to adult.

Key features of Istaria: Chronicles of the Gifted include:

* 11 playable fantasy races: Dragons, Satyrs, Dryads, Humans and Elves populate the world and offer players distinct physical, mental and magical abilities
* An open character class system: Learn skills from 50 schools while not being limited to one class. Players can change their characters class as often as they like with no penalty.
* A real-time persistent world: Build and maintain structures, from simple houses to entire towns. Create businesses, process resources and develop economies within the game world by buying, selling and trading with other players.
* Family-friendly gameplay: With a focus on cooperative, PvP-free gameplay, Istaria offers families a perfect place to enjoy a fantastical adventure. A friendly online community of players is always available to help new and seasoned travelers as they explore Istaria.
* Virtually unlimited exploration potential: Soar through the skies as a flying creature, or dig deep into the earth when building a dragons lair. Istaria is a land without zones or predetermined player movement boundaries, thus allowing adventurers to explore the entire game world without limits.
* Drop in play: Rather than penalize players with limited time to enjoy a game session, Istaria offers the perfect setting for quick drop in adventures for those with as little as 15 minutes available for a game session. Solo-gamer friendly gameplay doesnt require players to join parties or form guilds.