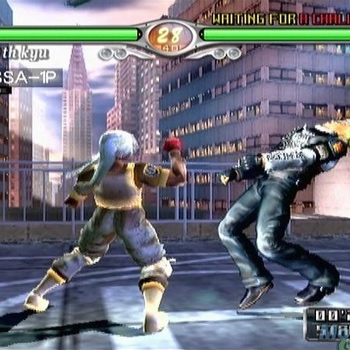 Challenge a steady stream of opponents with varying ranks and skill levels, with the impression that you're playing online against human opponents with different styles. Along with this illusion of online play, Virtua Fighter 4 has also been expanded upon, including the roster, the character customization features, the visuals, the training mode, and even the arcade mode. With the different tournaments and two new characters to explore, VF4: Evolution will put your fighting skills to the ultimate test.