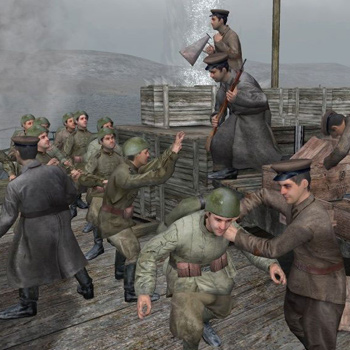 Experience battle in Europe during World War II. Some of the battles you play through are the D-Day invasion, the Russian charge on Stalingrad, the Battle for Berlin and many others. There are 24 interconnected missions to play to get to Berlin.

You experience the game through multiple perspectives starting as an American Paratrooper during D-Day, progressing your way through you assume the role as an English Special Forces commando and finally as a Russian tank commander.

There are many multiplayer game modes to also play online.