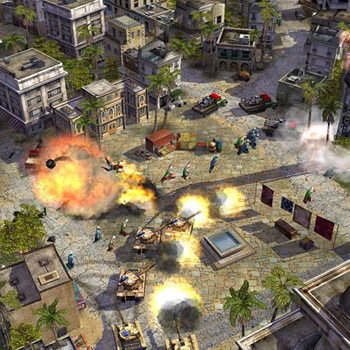 A new chapter in the C&C universe set somewhere 20 years ahead from the real world, which pit 3 sides for global domination. Players will be able to select from 3 sides which are US forces, Chinese forces and the GLA(Global Liberation Army). Generals features real world weapons and inspired weapons, new control schemes, state of the art game engine called Sage, and all the normal multiplayer features found in the C&C universe. Generals marks the first in the series too not include FMV like the previous batch and also the first non-Westwood game. Technically it's developed by EA Pacific of the Red Alert 2 and Yuri's Revenge team.