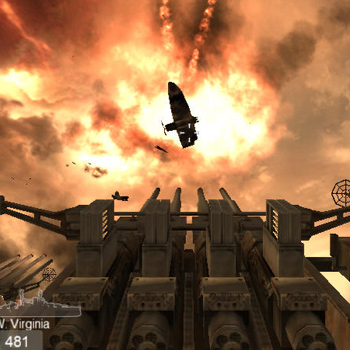 Set in the Pacific Theatre of WWII, Medal of Honor Pacific Assault represents a unique addition to the award-winning Medal of Honor franchise. Players step into the boots of Marine Private Tom Conlin and feel his shock at the destruction of the American fleet at Pearl Harbor, his growing resolve in the fight for Henderson Field on Guadalcanal, and his triumph at the battle for Tarawa Island.

Medal of Honor Pacific Assault covers 25 levels with over eight new multiplayer maps and includes new locations, new weapons, and new soldiers. Players will work alone and with the help of squad members to complete their missions. As the squad members gain more experience, they will develop their own personality and fight more efficiently. Periodically, green replacements will arrive, and these recruits will need battle experience to become as proficient as the veteran members of the squad.

Multiplayer modes will allow the player to go head-to-head in Free-for-All or join a team to complete objectives in an all new class oriented, objective based Invader game type or Team Deathmatch mode. EALA continues to work closely with the Congressional Medal of Honor Society (CMOHS) to ensure the Medal of Honor Pacific Assault reflects the ideals and integrity of the prestigious Medal of Honor.