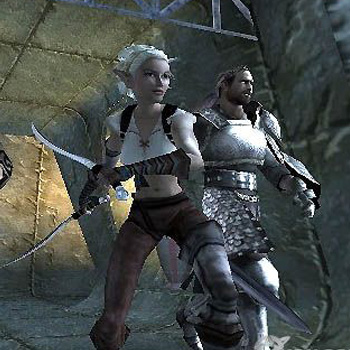 A lone fighter, a brash sorcerer, a hot-tempered rogue... Three warriors, brought together by an unexplainable force, must embark on a fateful journey that will continuously test their extraordinary battle skills.

Take control of all three, switching characters on the fly to battle an onslaught of enemies from beyond this world, in a cinema-style action-adventure set within the Forgotten Realms®.
Features