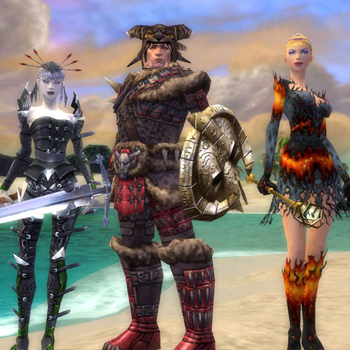 Developed by the people that brought us classics such as Diablo, Starcraft and the game matchmaking system called Battle.net, Guild Wars is an action-oriented MMORPG which places the player in the shoes of a hero in the lands of Tyria. A large focus in the game is placed on PvP combat through arenas or by participating in guild wars (hence the name), however, playing solo or co-op in the story-driven missions is available and can be just as satisfying.