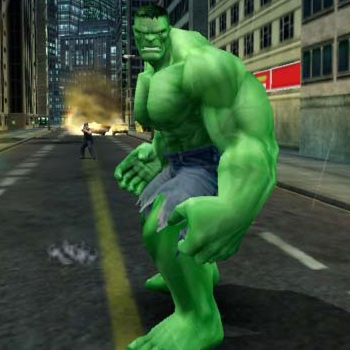 The Incredible Hulk, based on The Incredible Hulk character franchise from Marvel Enterprises, is an action/adventure game will feature the ultimate in destructible environments, an awesome Hulk-powered ability to weaponize any object and a massive free-roaming, fully interactive world.

Players can jump anywhere, climb anything and smash everything, even destroy entire buildings as the Hulk, the strongest hero there is! Gamers will create their own Hulk-powered weapons from anything they can rip out of the environment, unlock new moves to battle huge enemies in epic boss fights and experience deep and varied game elements by exploring free-roaming non-mission and side mission gameplay.