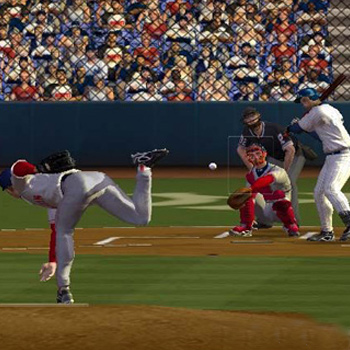 World Series Mode - Players experience the thrill of the game as they are given the opportunity to re-live or even re-write history. In the World Series Mode, gamers are invited to play some of the greatest World Series moments as they take on 10 of the most memorable World Series scenarios, including the '86 Mets, the Battle of the Bay and more.

Pennant Fever Mode - Gamers take their favorite MLB franchise all the way to the World Series, no matter what their team's current place is in the race to the pennant. Team records are locked in to match the real-life '05 Pennant race.