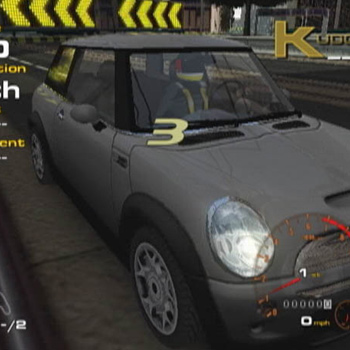 The original Kudos challenge: Powersliding, pulling off a 360, getting airtime, staying on the race line, drafting, and getting up on two wheels will earn gamers Kudos points for their style and skill. Take the wheel of more than 80 authentically modeled and licensed supercars from manufacturers such as Ferrari, Dodge, and Lamborghini with fully modeled interiors, functioning dashboards and individually recorded engine roars. Drive in New York, Tokyo, and many other cities, all brought to life with motion-captured crowds of people.

Show off in front of a global audience. With GothamTV, gamers can watch any player in the world on live news feeds, get live ticker-tape information when friends break records, and compete with anyone, anywhere, anytime.