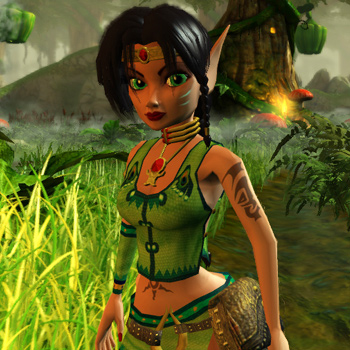 Kameo: Elements of Power is an original role-playing game starring a young sprite with the power to tame and control various monsters to do her bidding. As she explores the deserts, forests, and hills making up the vast world, her goal is to find and rescue the six Elemental Children with the help of her animal friends. As Kameo captures creatures in their youth, she'll be able to nurture them and develop the abilities needed to take on more powerful beasts. In the heat of battle, players can switch from controlling Kameo to one of two animal companions; players can then fight using the creature's natural abilities in real-time. Certain boss battles require the Kameo to go it alone, however.