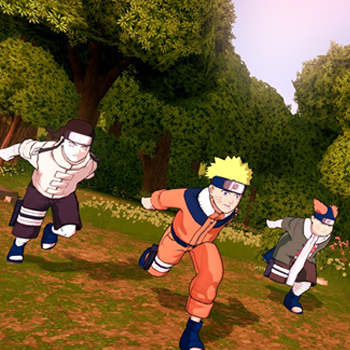 Building on "Naruto: Rise of a Ninja," this sequel features Naruto, who has now evolved into a well-respected Ninja, but his new status and abilities trigger the envy of his best friend and Ninja teammate, Sasuke. The enemy of the village, Orochimaru, takes advantage of the situation and convinces Sasuke to leave his friends and his village in order to join his evil clan and become more powerful. With the help of his Ninja friends, Naruto goes on a quest to retrieve Sasuke and save him. Naruto: The Broken Bond is also the only Naruto video game, other than "Rise of a Ninja" that features an online multiplayer mode which allows players to compete against others in an online tournament mode.