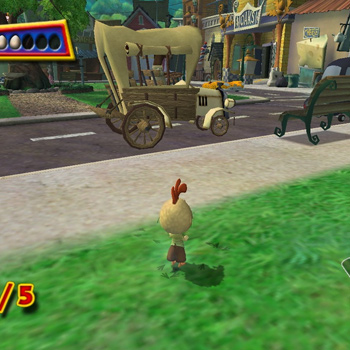 Based on the 2005 theatrical release, Disney's Chicken Little puts players in control of the titular character right after the infamous "acorn incident" that sullied his reputation. Joined by his friends, Abby Mallard, Runt-of-the-Litter, and Fish-out-of-Water, Chicken Little must outsmart Foxy Loxy and at the same time stave off an alien invasion by using a variety of gadgets and pick-ups. Side-games, mini-games, and multiplayer action will complement the main quest, and players will be able to view clips from the film.