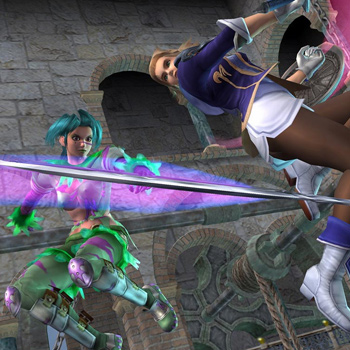 The legendary battle of Soul Calibur and Soul Edge moves to the next phase in SOULCALIBUR III, the latest installment in the celebrated weapon-based fighting franchise ? offering players unprecedented variety in gameplay modes and fighting styles. Players can guide the fate of their favorite character in the narrative Tales of Souls mode, play head-to-head with a friend in VS Standard mode, create their own custom fighters in Character Creation mode and battle as these custom fighters in a real-time simulation in Chronicles of the Sword mode. Players can also engage in unique and original battles in Soul Arena mode and even recount the history of the franchise in Museum mode. With an additional three new characters to the existing family of classic warriors, there is a collection of more than 25 playable characters, each with their own unique fighting style.