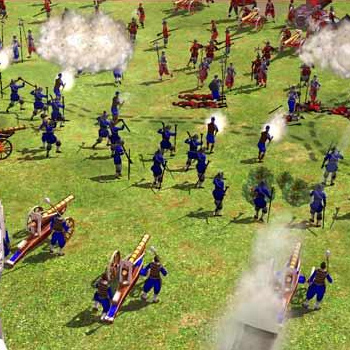 While keeping with the theme of military, economic, and political domination throughout the ages of history, Empire Earth II strives to be bigger than its predecessor in nearly every way, offering more modes, larger maps, more than 275 structures, and over 350 units available unit types. Other features, such as picture-in-picture command windows, a "Citizen Manager" feature, and changing weather are also designed to enhance the experience of striving for global dominance. Civilizations can now construct walls, bridges, and roads that offer appropriate bonuses to travel, trade, and defense.