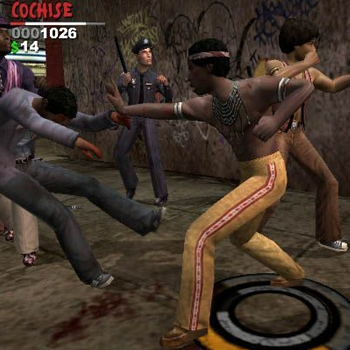 New York, 1979.
A battle on the streets.
The armies of the night number 60,000 strong and tonight they're all after The Warriors, a street gang wrongly accused of killing a rival gang leader.

The Warriors must make their way from one end of New York to their turf on the other side of the city. All that stands between The Warriors and their survival are 20 miles and thousands of street gang members.

The army of gangs owns the streets and there's no turning back. They must fight for their lives and learn the meaning of loyalty as danger and uncertainty emerge from the city night.

Developed by Rockstar Toronto, The Warriors expands the stylized cinematic journey of the film into a gritty interactive experience set in 1970s New York.