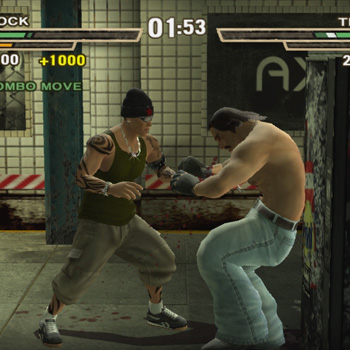 Def Jam Vendetta II challenges players to step into the shoes of a ruthless NYC street fighter battling for control of the hip-hop underground. The game features an all-new fighting engine allowing gamers to customize multiple fighting styles as the deep new story mode takes the action well beyond the ring and into the streets. Master each fighting style: street fighting, kickboxing, martial arts, wrestling, and submission fighting. Combine up to three styles to create devastating hybrid-styles, complete with new "blazin' moves" to finish off your opponent.

Build your own street-ready fighter and outfit him with thousands of pieces of unlockable licensed gear, tattoos, and even bling from the Jeweler to the stars, Jacob the Jeweler.